You’ll Love
Ship Wreck Island Water Park
Your kids will spend hours exploring the water park that has it all: lazy river, water cannons and multiple water slides.
Westgate Town Center Resort
Marina, 14 Pools, 14 Hot Tubs, Kiddie Pools
Pirate-Themed Water Park (Surcharge)
Poolside Bars, Restaurants, Marketplace/Deli
Dinosaur-Themed Mini Golf (Surcharge)
Paddle Boat, Bike, Sports Rentals
Activities for Adults and Kids, Movie Theater (Free)
Game Room, Playground
Basketball, Tennis, Volleyball Courts
Free Shuttle to Major Theme Parks
7.4 Miles to Magic Kingdom
15.9 Miles to Universal Studios
11.5 Miles to SeaWorld
Fully Equipped Kitchen/Kitchenette
In-Suite Washer/Dryer (Except Studios)
Pet Friendly (Max. 1)
About the Resort
Free Park Shuttle
Get free shuttle rides to Disney, Universal, SeaWorld, and Orlando Premium Outlets.
Great for Kids
Kids will love the dueling water slides, pirate ship pool, and River Pirate Adventure.
Pet Friendly
Bring your pets for a $170 fee per pet plus $100 pet deposit per stay.
Lazy River
It encircles, Ship Wreck Island, a pirate-themed water playground, and links up with two dueling waterslides.
Water Park
Your kids will love the waterslide by the pool.
Poolside Bar
Enjoy a refreshing drink at any of 14 pools throughout the property.
Residences with Balcony
Deluxe residences include a private balcony.
Residences with Jetted Tub
Enjoy a good book and a glass of wine while you relax in the jetted tub (in all condos).
Westgate Town Center Resort is located in Orlando, just a few miles from Walt Disney World’s® Animal Kingdom® and Hollywood Studios®. After dropping off your luggage in your condo, get changed into swimsuits, grab pool toys and water wings, apply sunscreen and get ready to be amazed. The resort features fourteen pools and hot tubs. Go for a swim or lounge with a cocktail from one of the poolside bars while the little ones splash around in the kiddie pools. When it’s time for lunch, Cordovano Joe’s Pizza delivers poolside – how great is that? Or head the newly-opened Villa Italiano Chophouse for some Chicken Marsala. If everyone is still dressed for the water, take advantage of the access to the pirate-themed water park, Ship Wreck Island. Little ones will have a blast at the Pirate’s Cove water play area. Black Beard’s Pirate Ship water playground and the slides at Cannon Ball Falls and the Pirate’s Plunge Drop Slide will be a hit with bigger kids. Relax with a refreshing drink at one of the two bars or with a float down the lazy river. It’s well worth the price of admission. Back at Westgate Town Center, there are several activities for adults and kids. Get in touch with your inner athlete at the basketball, tennis and volleyball courts while the kiddos spend time in the game room. Play a round of dinosaur-themed mini golf (for a fee). Let the little ones run off their extra energy at the playground – just in time for their afternoon nap.

Studio and one-bedroom condos sleep four guests. Kitchenettes have what you need to prepare the basics or heat up leftovers. One-bedroom deluxe and grand condos sleep four guests, two-bedroom condos sleep six to eight guests, and three-bedroom deluxe condos sleep twelve. Fully equipped kitchens allow you to save money by making your own meals. Joe’s Marketplace & Deli offers basic groceries as well as sandwiches and salads. Don’t feel like cooking? No problem. Grab a burger at Drafts Sports Bar & Grill or stop by Sid’s Bistro for a panini and get your caffeine fix, they serve Starbucks. Up for a low-key night in? TVs with Cable and DVD players have you covered. Bring favorite movies from home, pop some popcorn and call everyone into the living room for family movie night. Westgate Town Center also has a free movie theater on-site. In-suite washer/dryers allow you to save space in your suitcase (more room for souvenirs!) I haven’t told you the best part yet! Westgate Town Center is a pet-friendly resort so your four-legged family member can come along for all the fun.

Westgate Town Center offers a free shuttle to the major theme parks. Walt Disney World’s® Animal Kingdom® is home to Pandora – The World of Avatar®. Glide through caves, past glowing plants and rainforest creatures on Na’vi River Journey or ride on the back of a mountain banshee at Avatar Flight of Passage. Expedition Everest, Kilimanjaro Safari and Kali River Rapids can also be found at Animal Kingdom. Ride the Twilight Zone Tower of Terror, Muppet*Vision 3D and Toy Story Mania at Hollywood Studios®. Magic Kingdom® is home to Disney’s most classic attractions including Pirates of the Caribbean, Jungle Cruise and the Haunted Mansion as well as New Fantasyland. Visit Epcot® for Frozen Ever After, Soarin’® and Innoventions. SeaWorld Orlando® is best-known for their animal shows that feature orca whales, sea lions and dolphins. Did you know that Mako, the tallest, fastest and longest rollercoaster in Orlando is at SeaWorld®? Stick around for the nightly fireworks and fountain show, Ignite. Universal Orlando is made up of two theme parks: Universal Studios® and Universal’s Islands of Adventure®. With a park-to-park ticket, you can visit both parks and experience everything that Universal® has to offer. Visit The Wizarding World of Harry Potter® and ride the Hogwarts Express.
Freebies Free Parking | Free Wi-Fi
Kids Children`s Club | Game Room | Children`s Swimming Pool
Housekeeping Housekeeping is available for an additional fee.

Dogs Welcome- Up to two dogs and up to 60lbs total weight combined are permitted. A mandatory, non-refundable Pet Cleaning Fee of 150.00 USD is required at check-in. Additional 100.00 USD penalty charge for unreported dogs in unit. Breed restrictions apply. No charge for service dogs. See WestgateResorts.com Terms and Conditions for full policy details.

Extra-person charges may apply and vary depending on property policy.
Government-issued photo identification and a credit card are required at check-in for incidental charges.

Parcel deliveries, handling, and storage will be subject to a fee starting February 1, 2015. Photo ID will be required to claim package(s) and must match the name on the package(s). Payment will be due at time of package claim. Any and all packages that are not claimed within 30 days from the date of delivery or placement into storage at the resort will be returned to sender, or may become the property of the resort. While all efforts are made to keep stored packages as secure as possible, lost and/or stolen packages are not the ultimate responsibility of the resort. For more details, please contact the office using the information on the reservation confirmation received after booking. 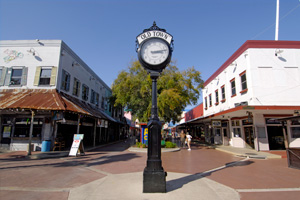