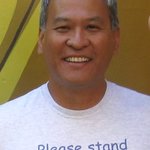 15 Places to Cool Down & Take a Break at Disney World 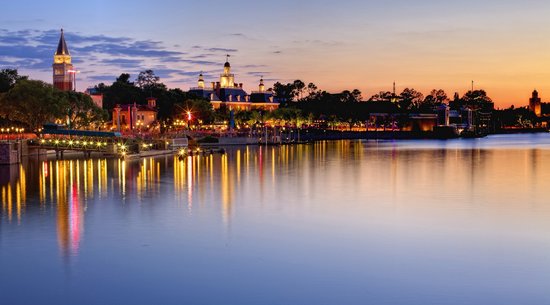 So you’re tired, your kids are tired, and you just want several minutes to sit down, rest for a while, or even cool down from the hot, sweltering heat of Florida in the middle of summer. Here are a few suggestions on where you might be able to take a break at the four theme parks of Walt Disney World.

Magic Kingdom is the most popular and most visited theme park in the entire world, which means that it’s busy most of the time. It can feel, at times, as if every square of inch is packed with guests. Still, in this crowd of crowds, there are a few places where you can get some brief respite.

1. Carousel of Progress: Tomorrowland – This Magic Kingdom attraction is seldom busy or full. You get to sit down in an air-conditioned environment in comfortable seats, and relax for 20 minutes. Not only that, the show, which takes you through animatronic displays of households from each decade of the 20th century, might even be entertaining. Though, I’m not ashamed to admit that I’ve snoozed through it. Nonetheless, it’s just the perfect place to cool down and rest your feet. 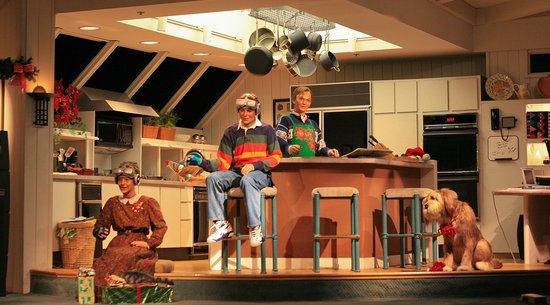 2. Hall of Presidents: Liberty Square – This is also another attraction, and again in an air-conditioned auditorium where you get to sit down and relax for 20 minutes. As with Carousel of Progress, you might even be enthralled at the presentation, and your feet will get some much-needed rest. 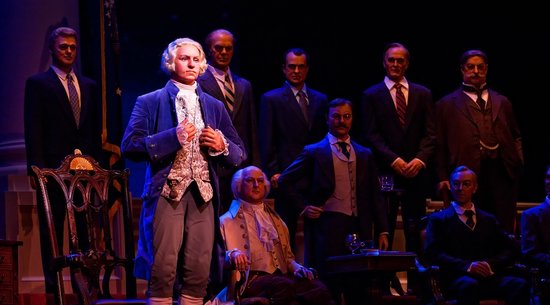 3. Benches Along Rivers of America:

– Frontierland – There’s a walkway along the Rivers of America that extends from Liberty Square all the way to the bridge facing the plume at Splash Mountain. You’ll find a number of benches along the walkway and if you are able to snag one, it’s a perfect place to sit down and chill out. Besides, you get to watch the riverboat and if you wish, the smoked turkey leg stand is right there. 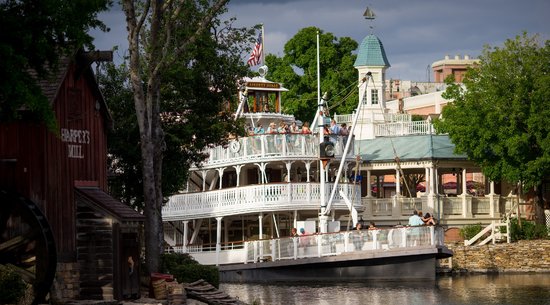 4. Walt Disney World Railroad – This is a favorite of young and old. You get to ride on vintage trains for 20 minutes on whirlwind tour around Magic Kingdom. In fact, if you want, you can stay on for as long as you want, and go around and around until closing time. There are three different different train stops: Main Street, Frontierland Station, and Fantasyland Station. 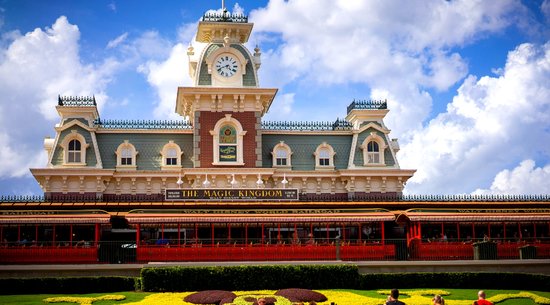 Epcot has some of the best places to rest and chill out in all of WDW.

5. Innoventions East and West: Future World – These are two large indoor pavilions with nice air conditioning, restrooms, and several areas to sit down. In fact, while the adults rests, the kids can entertain themselves with plenty of displays and interactive exhibits that feature cool inventions. 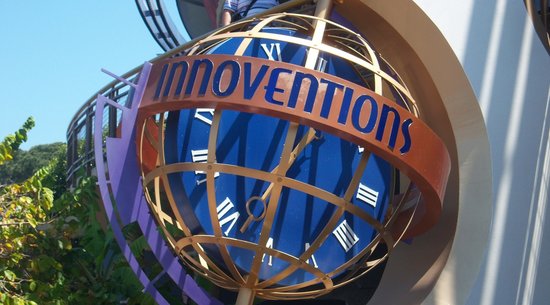 6. The Land Pavilion: Future World – The lower level of The Land Pavilion has plenty of tables and chairs within the eating area of Sunshine Seasons restaurant. However, outside of the lunch and dinner rush hours, this area is usually not busy and quite conducive to relaxation. Restrooms are just around the corner, near the Behind The Seed tour counter (at the entrance to Soarin’). You can always grab a quick snack and refreshment from Sunshine Seasons. 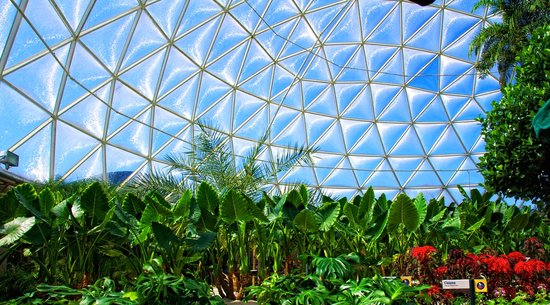 7. Living With The Land: Future World – Located in The Land Pavilion, this is an 10 to 15-minute Epcot attraction. While the seating on the boat is not the most comfortable around, you still get to sit down while you float slowly and peacefully through several nature displays, including a massive greenhouse. It’s an enjoyable way to rest your feet for a while. 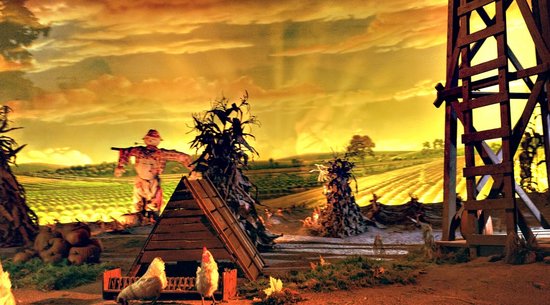 8. Imagination Pavilion: Future World – Actually, it’s not inside the pavilion, but rather, outside and to the right of the entrance. Before you enter the Imagination pavilion, look to your right. Here you’ll find benches where you can hangout in an area that’s usually not too busy. But a big bonus here is the seldom-used restroom. 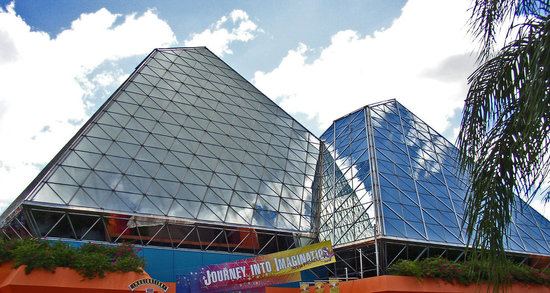 9. World Showcase – There are lots of benches along the lagoon around the World Showcase. If it’s not too hot, they make for a nice place to sit and rest. You’ll find these sitting areas throughout the various pavilions.There are also a limited number in the indoor plaza inside the Mexico pavilion. At the France pavilion, there are benches by the water fountains and down the steps by the lagoon. 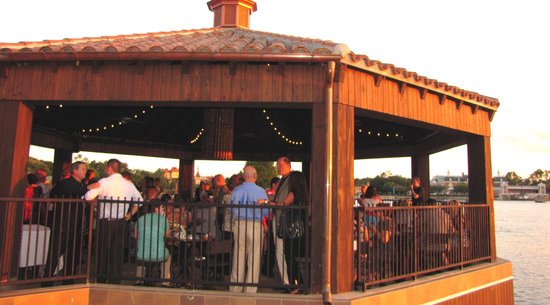 As the smallest theme park in WDW, it can sometimes feel a bit crowded and confined. However, there are still a number of good places to chill out. You might even get to learn how to draw a Disney character while you relax.

10. Eating area on Sunset Blvd – During off-lunch hours, there are plenty of places to sit outdoors. Try to find a seat in the shade. Grab an ice cream or a tasty refreshment while you’re at it. 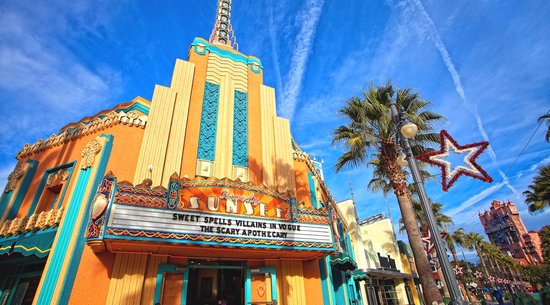 11. The Great Movie Ride – It’s a slow-moving Disney World attraction. The seats are not the most comfortable to doze off on (I know, I’ve tried), but it gives you a 15-minute winding-down time as you ride through various classic movie scenes. 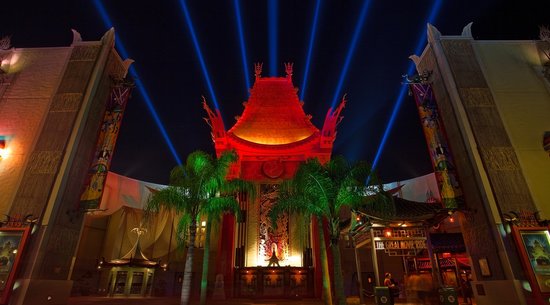 Due to the nature of this park there are not a lot of indoor, cool areas to chill out. So if you want to get out of the heat to rest, you’re mostly limited to Animal Kingdom restaurants with indoor seating.

Still, there are several places to chill out, especially if the weather is nice. Please note that since major construction projects are ongoing at this theme park, some of the areas listed may change, while new ones may be added, especially the expanded Harambe Village in Africa and the much anticipated Avatar Land.

12. Flame Tree BBQ Eating Area – Beyond the peak lunch hour, the eating area for Flame Tree BBQ is a wonderful place to just sit back and rest. This is especially true if you get to one of the covered pavilions near the water overlooking Expedition Everest. It’s a relaxing place under the canopy of trees. 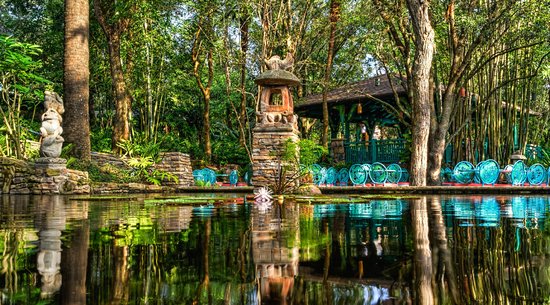 13. Flights of Wonder – This is a 25-minute show where you get to sit under a covered area. Besides that, it’s an enthralling show with various types of colorful, exotic birds. 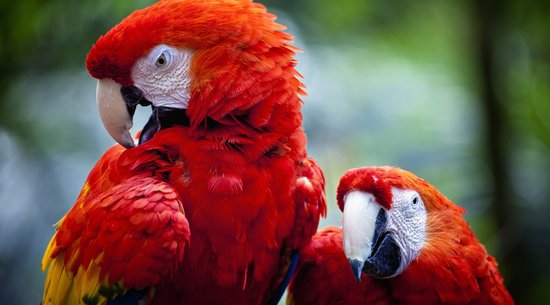 14. Finding Nemo – The Musical and Festival of the Lion King – These two are shows are about 30-40 minutes long, and presented in an air-conditioned indoor theater. The seats are benches, so not the most comfortable in the world, but you do get to sit down and rest your feet for a while and cool down. Plus the show is great with Broadway-style reenactments of Finding Nemo and the Lion King. 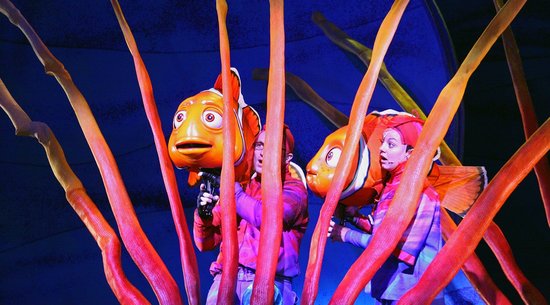 – Take the Wildlife Express Train to Rafiki Planet Watch. Then, find a nice area to sit down and rest. You can even let your children explore the various animals and exhibits available at Rafiki Planet Watch while you take some much deserved rest, and get ready for the fun ahead. 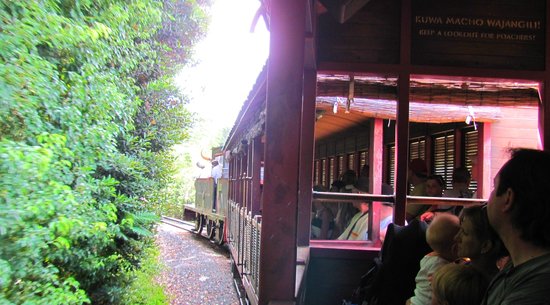 Zeke is a physicist, living near Chicago, and a huge fan of the Disney parks. Having discovered Walt Disney World as an adult, he makes 2-3 trips a year to the Most Magical Place on Earth. He’s also an avid foodie and lover of down-home ethnic cuisine. 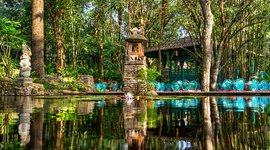 BBQ by the river 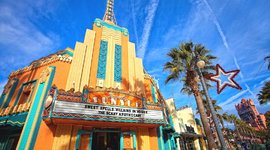 It's home to Broadway quality shows and the pyrotechnic, Fantasmic!. You'll find shops dedicated to Disney Villians and the hair-raising Tower of Terror. 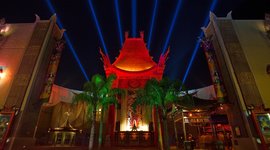 Journey thru scenes from famous films

Tour sets out of famous films from romances, gangster flicks, and westerns.

See how Disney keeps their animals happy and healthy

The Wildlife Express Train gives you a first-hand look into how Disney cares for the animals of Animal Kingdom.

Talented performers re-enact scenes from Finding Nemo with giant puppets. It's an entertaining and air-conditioned break from the heat.

Festival of the Lion King

This Broadway-style show uses singing, dancing, and acrobatics to bring the story of The Lion King to life. 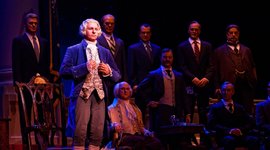 Who's your favorite animatronic president?

Animatronic versions of all 43 US presidents premier in this 20 minute sit-down performance. It's a great opportunity to relax in an air-conditioned auditorium. 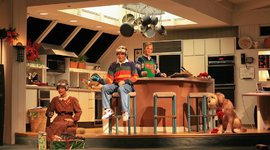 Watch the evolution of tech

Cool down and rest your feet in this selcom busy attraction. It's a tour of American households through the decades. 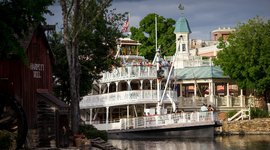 Benches Along Rivers of America

Take a break along the river walk

From Liberty Square to Splash Mountain is a nice shaded walkway with plenty of benches where you can relax and watch the riverboat. 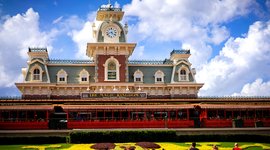 Catch a vintage train from Fantasyland 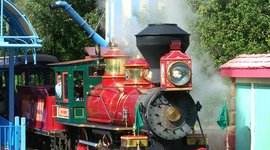 Catch a vintage train from Frontierland 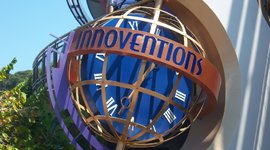 Take a break while the kids play

Filled with tons of interactive attractions that kids will love. It's a great place to take a breather on a hot day.

Relaxing pavilion for a cooldown

Outside of the lunch and dinner rush, this indoor pavilion is a nice spot to hang out and grab a quick snack or refreshment.

There are a few shaded benches next to a convenient and seldom-used restroom. 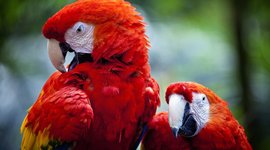 Exotic birds in a shaded canopy

It's a 25-minute show with many types of exotic birds. Relax and enjoy the wildlife.