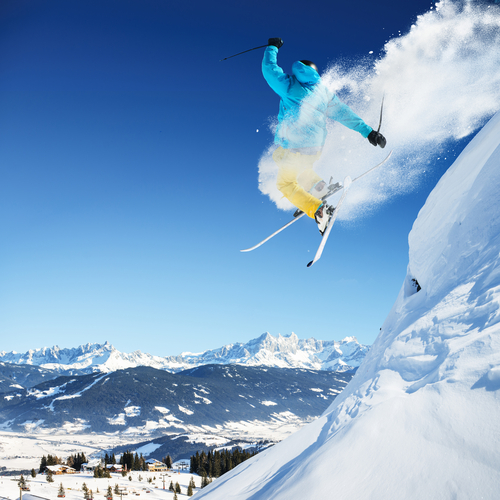 Ski Season is upon us! Well it’s off to a slow start, but hey there’s always hope that February and March will bring powder to the mountains. It’s still far too early to call the season. And Forbes Magazine is optimistic, launching its selection of the top ten ski resorts in the US. Their rankings are based on an algorithm known as the “Pure Awesomeness Factor” (PAF). Yes, we’re now using computers to determine awesomeness. It’s time to embrace the future.

Whether or not you agree with their methods, they’ve done a pretty good job at picking the best places to ski in the US. Automating the rankings serves to eliminate a good deal of bias that arises from manual selection. In their words, it’s “the most scientific and proven way to determine how many drips of fun can be wrung from one ski trip.”

Of course the nature of these calculations is a safely guarded secret. Nevertheless, we do know that they’re based on 30 factors. Christopher Steiner, the creator of the PAF and a devout automator, has used his formula to process data from 182 resorts. And, he did it during the summer!

I’ve put together some snippets from a few of these ski resorts.

1 Jackson Hole Mountain Resort PAF: 94.6 (out of 100)
“Jackson has always had the ultimate asset: an unrelenting vertical continuity with true skiing fall lines in every direction and a snowfall pattern that has proved stubbornly copious even when the rest of the West has suffered.”

Highlights
- 2,784 feet of vertical terrain can be access in one quick tram ride
- Snow is heavy and crowds are light
- Brand new airport

2 Snowbird PAF: 92.8
“[S]now and terrain combine so beautifully that most travelers can ski four days while only staying three nights. And during your short getaway, you’ll likely get dumped on…nearly every fifth day is a powder day deeper than six inches.”

6 Vail PAF: 86.1
“There was a time, not all that long ago, when Aspen was [the] default ski resort people conjured when asked to describe vacationing in Colorado. That day has passed. We now live in the age of Vail—in more ways than one.”

Highlights
- Massive diversity and quantity of terrain.
- Vail Resorts – the company that owns Vail – also owns three resorts in Tahoe, The Canyons at Utah and several resorts in Europe, among many others
- Get the Epic Pass for $729 and ski unlimited at all Vail Resorts

To see the original article published by Forbes, visit http://www.forbes.com/sites/christophersteiner/2013/11/13/the-top-10-ski-resorts-in-the-united-states-for-2014/.