How to Get Your Kids to Try Fun New Things 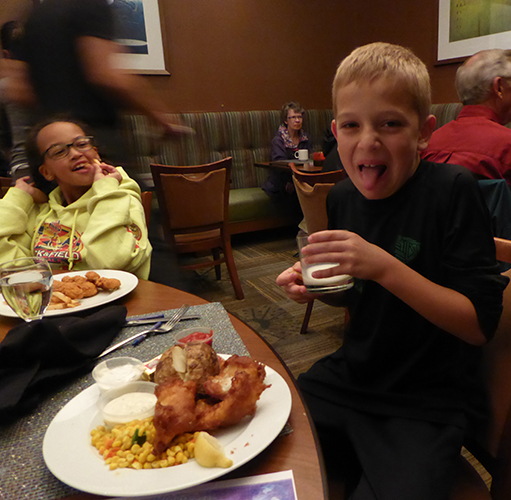 On Friday nights in Wisconsin, you eat fish fry.

It's on every restaurant's menu. To eat anything else would draw suspicious glares.

So on a recent weekend trip to Milwaukee with the kids, I arranged for us to try some of the city's famous fried cod or walleye. I pitched it pretty well to my 9- and 11-year-olds ("It tastes just like chicken nuggets! Everyone eats it! You get ice cream afterward!"), but they both whined defiantly, "We don't WANT fish fry. We don't even like fish. We are NOT eating it."

And there I was, in the position so many traveling parents find themselves in: with kids who refuse to try new things.

The dilemma becomes, do you make them try it, risking tears or an ugly public scene? Or do you give them a pass? 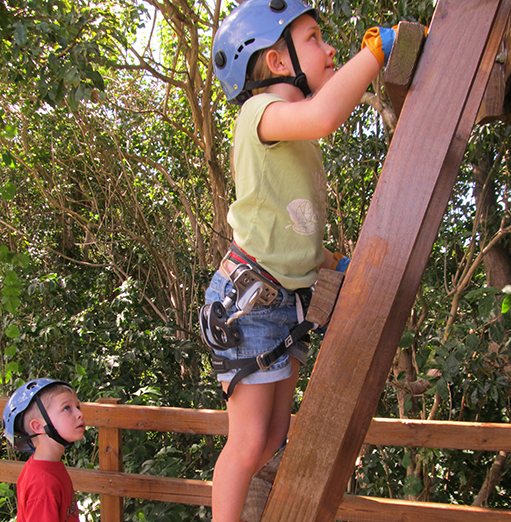 New foods and activities are part of most family vacations. They're often an important part of experiencing a city's (or country's) culture, and you don't want your children to miss out. But most kids aren’t naturally adventurous when it comes to trying new things. It's gonna take some coaxing.

Unfortunately, there is no secret formula. Child psychology experts say trying things threatens a child's need to feel safe, and evokes fear of failure. But trying things comes with benefits – it builds confidence in children and expands their horizons.

Based on wisdom from parenting experts, plus personal experience, here are a few tips to get your kids to try new things on vacation:

Restaurants are the hardest places to get non-triers to try. There's a reason why chicken nuggets are on every kids menu. Try and convince your kids to take a teeny tiny taste. In our family, we call them "baby mouse bites." Given that it's not an overwhelming portion or request, they might be more inclined to try.

Liking is not required

The ride was too scary? Or the chorizo was too spicy? That's OK. You tried it. That was the goal, and your child deserves praise for that. Acknowledge that they were brave. And even though they were nervous to try it at first, they were able to do it anyway.

You never know, it could end up being the highlight of their trip. My 6-year-old cried and resisted the first time he went ziplining. But I made him try it, and 20 minutes later, he thought ziplining was "awesome" and  bragged about it to everyone who asked about his vacation.

Parenting experts have mixed feelings about this approach, but I've seen it work. Try this, and you'll get a special dessert. Or $1. Or $10. If you're desperate to get your child to do something, maybe give this a whirl.

This is my approach. I get bossy. Sometimes I nag until they want me to stop so much, they'll do it just so I‘ll leave them alone. But I also pick my battles – it’s not always worth the fight. If it’s a main attraction – say, a luau in Hawaii – and they’re just saying "eeew" or "no," push a little harder. Once in a while, the scene plays out like it did in the famous Life cereal commercial, when Mikey finally tried the cereal. "He liked it! Hey Mikey!"

Jamie Bartosch is a freelance writer based in suburban Chicago, and the mother of two reluctant-to-try children.