Guide to the Ecoparks of the Mayan Riviera: Xcaret & Xel Ha

Xcaret, and its sister park, Xel Ha, became one of our more memorable adventures along the Yucatan Peninsula, and we almost skipped them. Why? Before experiencing them for ourselves, it was very hard to know what to expect: would we find theme parks, with attractions and rides? Zoos? Cultural sites? Fair or not, we worried we’d encounter substandard conditions for native animals or cheesy cultural displays. After all, conditions and expectations at eco theme parks vary widely worldwide.

Our worries were put to rest the minute we walked through the ticketing area at Xcaret, arguably the more versatile park. It’s theming and cleanliness was on par with any Disney operation, and its animal sanctuaries and educational venues were right up there with top stateside conservation parks.

We recommend a visit to at least one eco park in Riviera Maya for any family. Here’s what to expect at each. 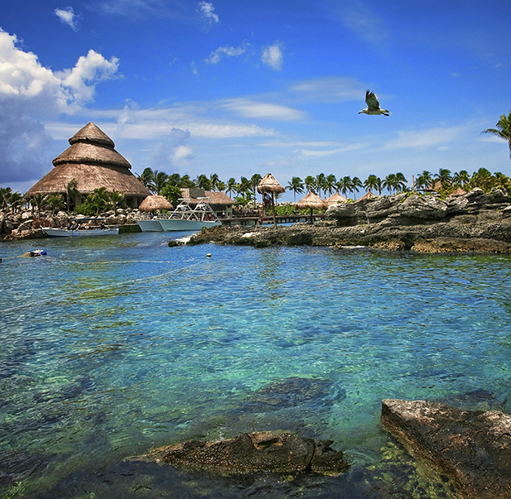 If you can only visit one eco park during a Riviera Maya visit, choose Xcaret. It’s the most well-rounded park, with equal measures of cultural activities, animal conservation efforts, and water adventure. Even though the park’s winding paths are well-marked (in English and Spanish) and park maps are available, prepare to be overwhelmed. There’s just so much going on here, kids will be torn in multiple directions. Along one path, visitors might see a native iguana on one side and a snorkeling attraction on the other.

Where to go? Start with the animal conservation sections. No matter when you visit, the day will warm up as you go along, so it’s a good idea to tour the animal attractions, with educational components and demonstrations from zoologists, early on. We loved the macaw breeding program exhibit, where you can peek into a baby bird nursery, and the amazing howler monkeys and manatees. 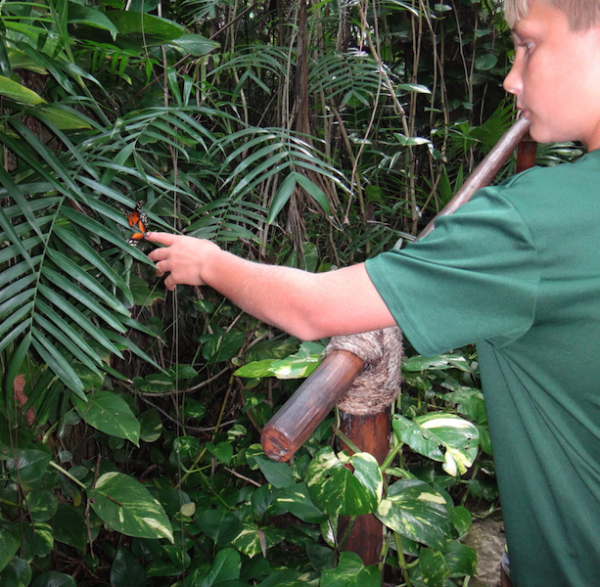 Soon, kids will be begging to swim in the cenotes, Riviera Maya’s underground river network. Let them! The cenotes at Xcaret are natural, meaning, they were there before the park was built, but have been improved upon with manmade elements, such as steps and tunnels or bridges. We tried the Manatee River, which included a section where the rescued manatees are just on the other side of a glass partition, allowing you to (nearly) swim with them. The rivers take about 45 minutes to swim, and are a great choice for cooling off.

Plan to spend the later afternoon and evening hours exploring the cultural sites. There’s an entire section on Mexican history, including a ‘hacienda’ (Mexican ranch) and chapel, but for us, the more intriguing sections included the Mayan cultural shows and ruins. We played on a Mayan ruin (only in Mexico, right?), watched a Mayan hunting party return to a traditional village in a hand-carved canoe, and sat as spectators during a traditional Mayan ball game. 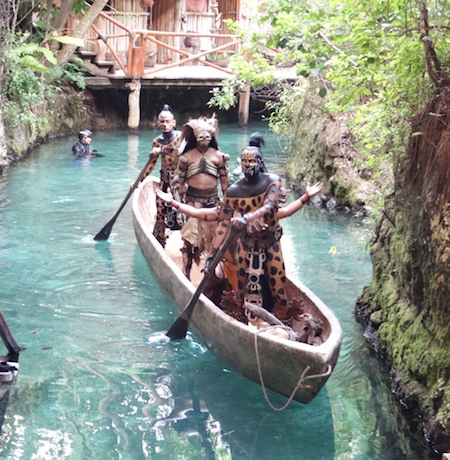 Plan to spend an entire day, and budget for meals, which, like in any theme park, will set you back. The food is high quality, however, and with Xcaret Plus, one buffet meal is included. 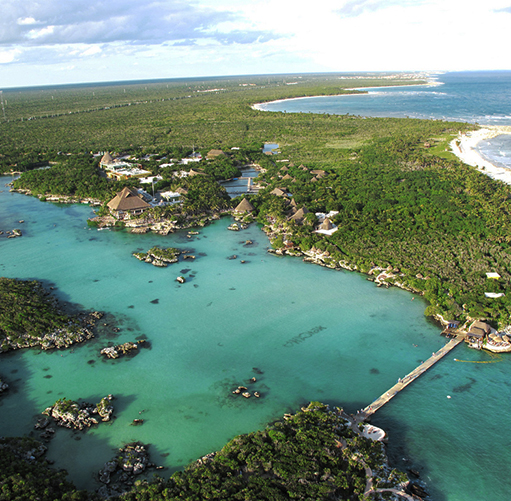 If Mexican and Mayan history and culture take a backseat to water sports and adventure for your family, head to Xel Ha instead. This natural aquarium park is a great way to get up close and personal with sea life, especially if you can’t book other snorkeling trips during your Riviera Maya stay. You can lie in hammocks enjoying sea breezes. 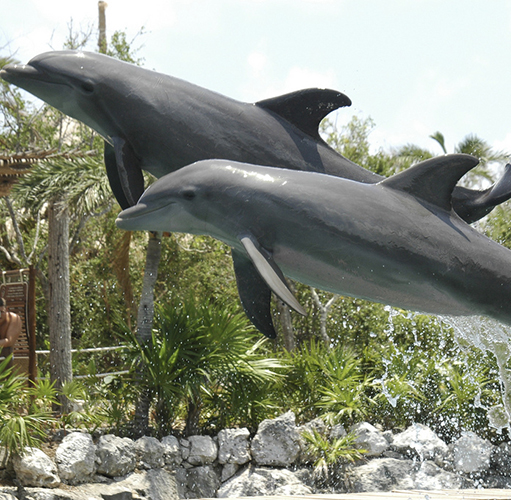 Located further south than Xcaret, on an inlet where underground rivers rise above ground to reach the ocean, Xel Ha is a more open-ended park. Put another way, if Xcaret is Cancun’s Disneyland, Xel Ha is Tom Sawyer’s Island…a play space where kids can run and explore more loosely.

Start by exploring the jungle trails and bike paths while everyone has energy, then settle in chairs or hammocks along the inlet, where older kids can jump off rocks into the river (yes, really) and try their Trepachanga skills (a set of ropes spanning the river inlet that people can climb across). Also nearby are traditional rope swings into the water. We couldn’t get our kids beyond this point, to tell the truth. 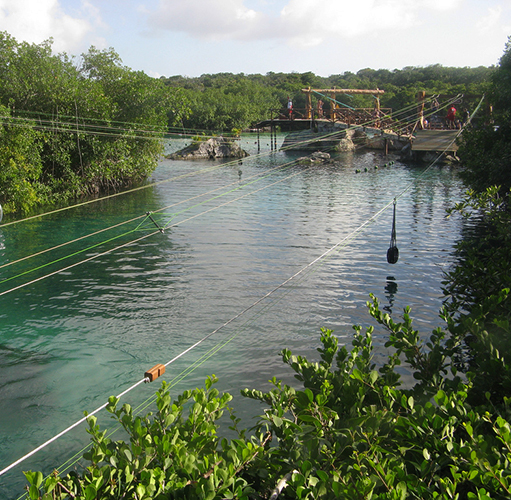 Younger kids have playgrounds to enjoy, and snorkeling is available, as are cenote river paths, so families opting for this park won’t miss out on that aspect. If you plan to participate in the extra activities, sign up right away (and prepare to pay extra). A few of the more extreme activities do have age requirements, so parents should definitely research this ahead of time to avoid disappointed kids. For this reason, we recommend Xel Ha for families with older kids.

Keep in mind: at either park, eco-friendly, biodegradable sunscreen is the only type permitted. It can be purchased ahead of time (all Cancun area resorts seem to stock it) or bought in the parks. Need yet another park option? Xplor is a third park in the Riviera Maya eco park system, focusing on extreme adventure such as zip-lining and more intense cave snorkeling.

Amy Whitley is the founder of family travel site Pit Stops for Kids, an editor at Trekaroo, and the NWKids columnist at OutdoorsNW Magazine. She tries to keep up with her three kids in rural Oregon.

FamilyPassBeta
REAL savings, on EVERY booking, EVERY time.
felicia r. just saved $50 with FamilyPass
Leaving So Soon?
Try for free and access exclusive rates not available anywhere else.
Try for Free